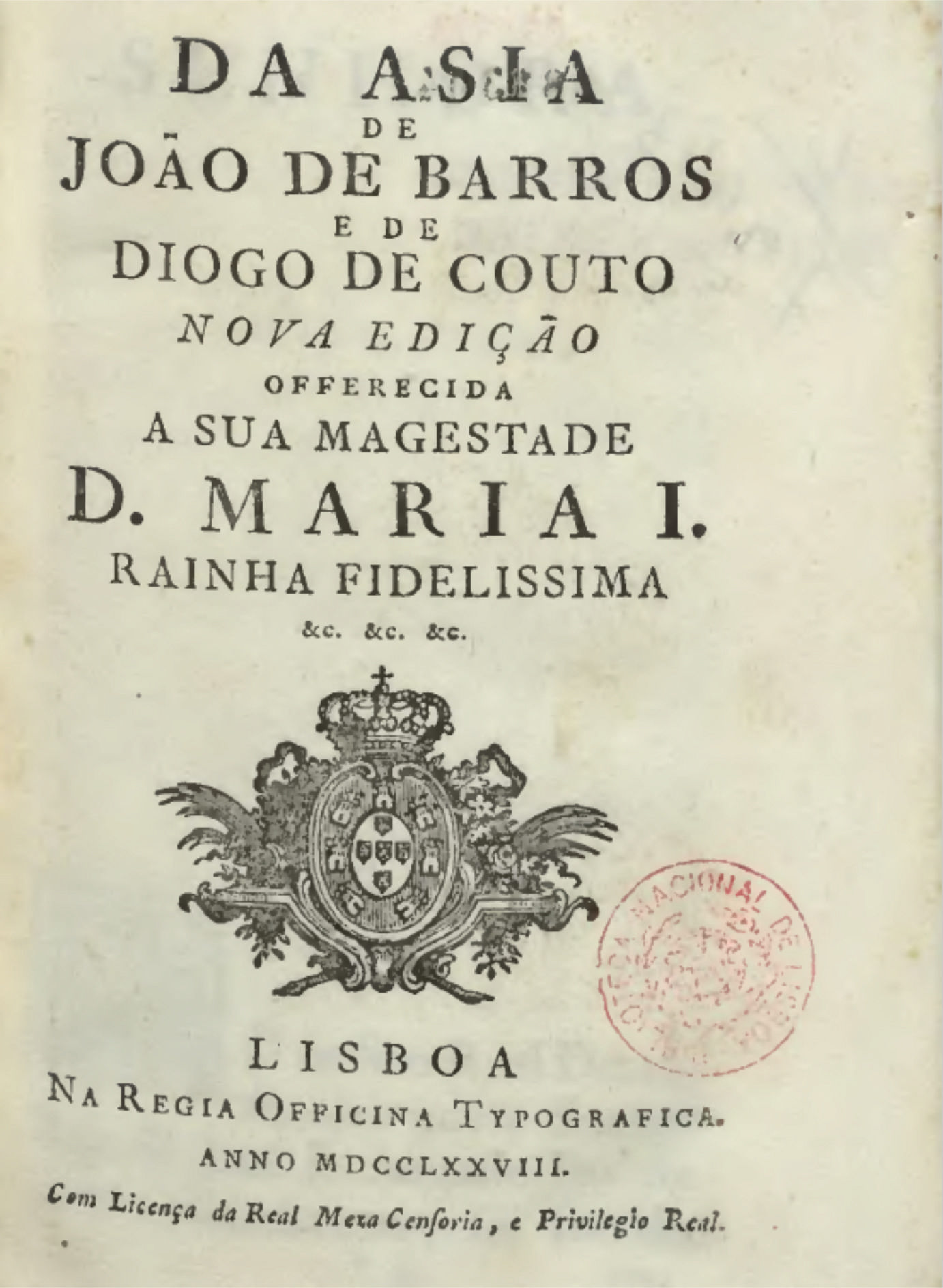 A Treasure in Paper

Written Medieval and Modern Sources on the Horn of Africa

The medieval Horn of Africa was, for many reasons, a singular place: it was a region open to multiple influences and combining a large amount of ethnic groups and societies, of languages, beliefs and political systems, in an equally diverse landscape, ranging from the Ethiopian highlands to the coastal deserts of Somalia. Much of our knowledge about this important region of Africa would have been lost were it not for the existence of a number of texts, each with its own origin, which described and narrated on historical events about the Horn during the Medieval and the Early Modern periods. The strategic position of the Red Sea which attracted travel and navigation – as exemplified in the famous figures Benjamin of Tudela and Ibn Battuta – as well as the existence of literate communities stimulated the development of well organized states such as the Abyssinian Kingdom or the Sultanate of Adal. These states, in their turn, prompted the development of rich literary traditions which have been surprisingly well preserved through time. Although they vary greatly in quantitative and qualitative terms, the historical sources produced by these traditions constitute an invaluable asset for our understanding of the medieval Horn of Africa, filling the gaps or complementing there where archaeology cannot reach.

Concerning the Muslim region of the Horn of Africa there are four main corpora of texts that will be used by the StateHorn project. The first one is a group of texts written by Muslim geographers, historians and travellers such as al-Idrisi, Abul Fida or al-Maqrīzī. Some of these travellers just sailed along the coast and described it, but others like al-Umari left detailed descriptions of the several contemporary Muslim principalities . In the 16th century, Arab-Faqih wrote a key work for our understanding of the latter period of the Sultanate of Adal, the “Futuh al-Habasha” (‘The Conquest of Abyssinia’), which sheds light on important episodes of the history of the 16th century in the Horn of Africa. The contrast between the history told by Arab-Faqih and the contemporary Portuguese and Ethiopian narratives provides an almost unique opportunity to analyze the same historical episode from three different perspectives. 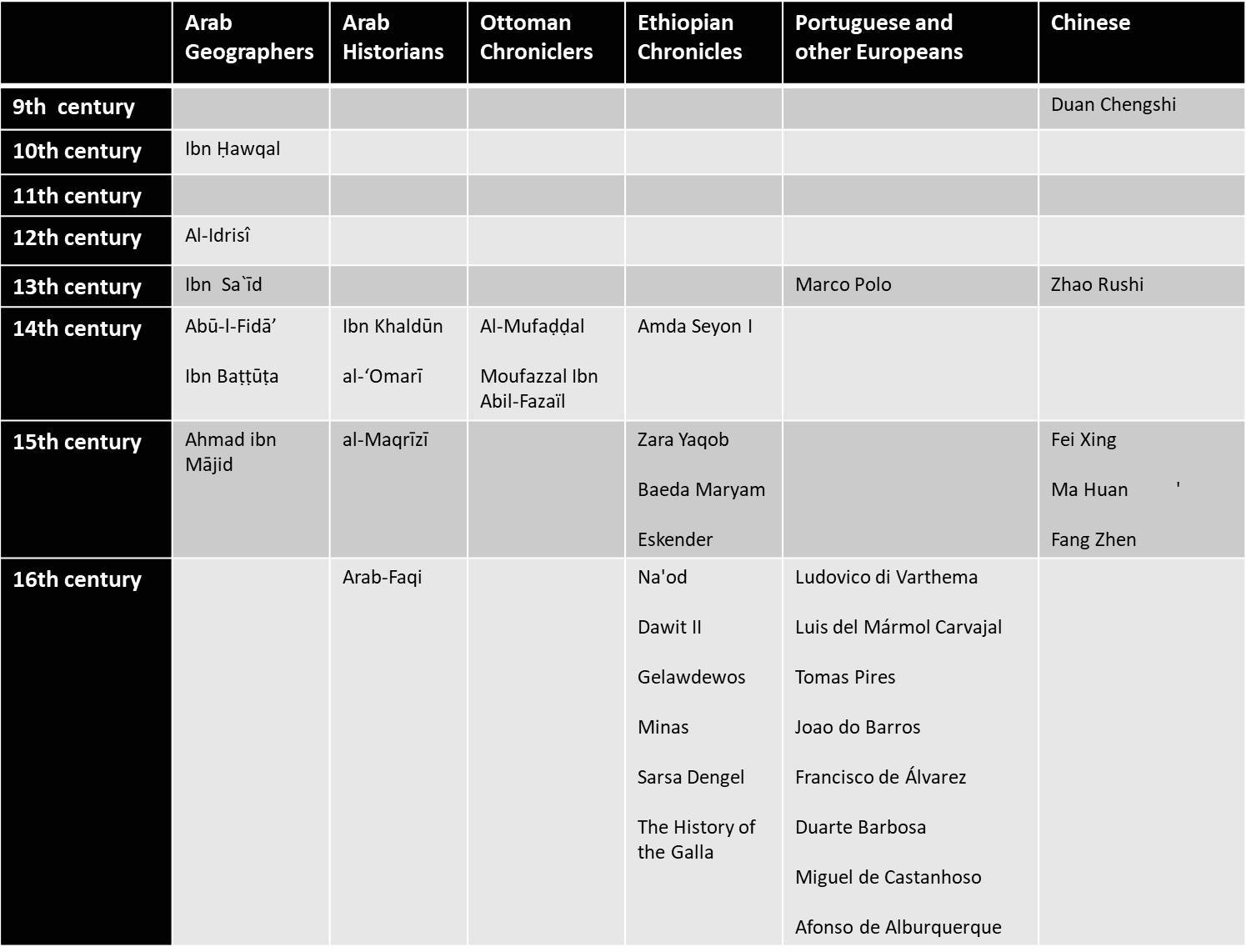 Summary of the most important authors for the medieval period in southern Ethiopia and Somaliland. ©Jorge de Torres.

From the Ethiopian perspective, the story of the Muslim Horn of Africa is the history of the increasing conflict between the Muslim and the Christian states, which by the 16th century had evolved into a full-fledged Holy War. The chronicles of the Abyssinian kings describe in detail the campaigns against the Muslim principalities of the south and, albeit biased and inclined to magnify the Ethiopian victories and minimize their setbacks, they constitute an excellent source against which to confront the Muslim version of the same history. In addition they provide a significant amount of information about important historical characters and the geography of the region. Thus, the first time the term Somali appears in the historical record is in a Christian Ethiopian text, an anthem in honor of the King Yeshaq I dated to the early 15th century.

From the 16th century onwards another large corpus of texts emerges which describes the region from a Portuguese perspective. There is solid evidence attesting to the presence, in the previous centuries, of other Europeans in the Red Sea region and the Horn of Africa, among them the Italian Ludovico di Varthema and the Portuguese Pedro da Covilhão. Yet, the particular involvement of the Portuguese in the political events of the Red Sea made that this European country featured regularly in the chronicles and documents of this period concerning the Horn of Africa. The Portuguese texts are very useful in order to help us understand the history of the region during the 16th century and, in some cases, they also describe with some detail the coast of what is now Somaliland. Unfortunately, they don’t provide much information about the society and the economy of the Sultanate of Adal during its phase of decay and disappearance. 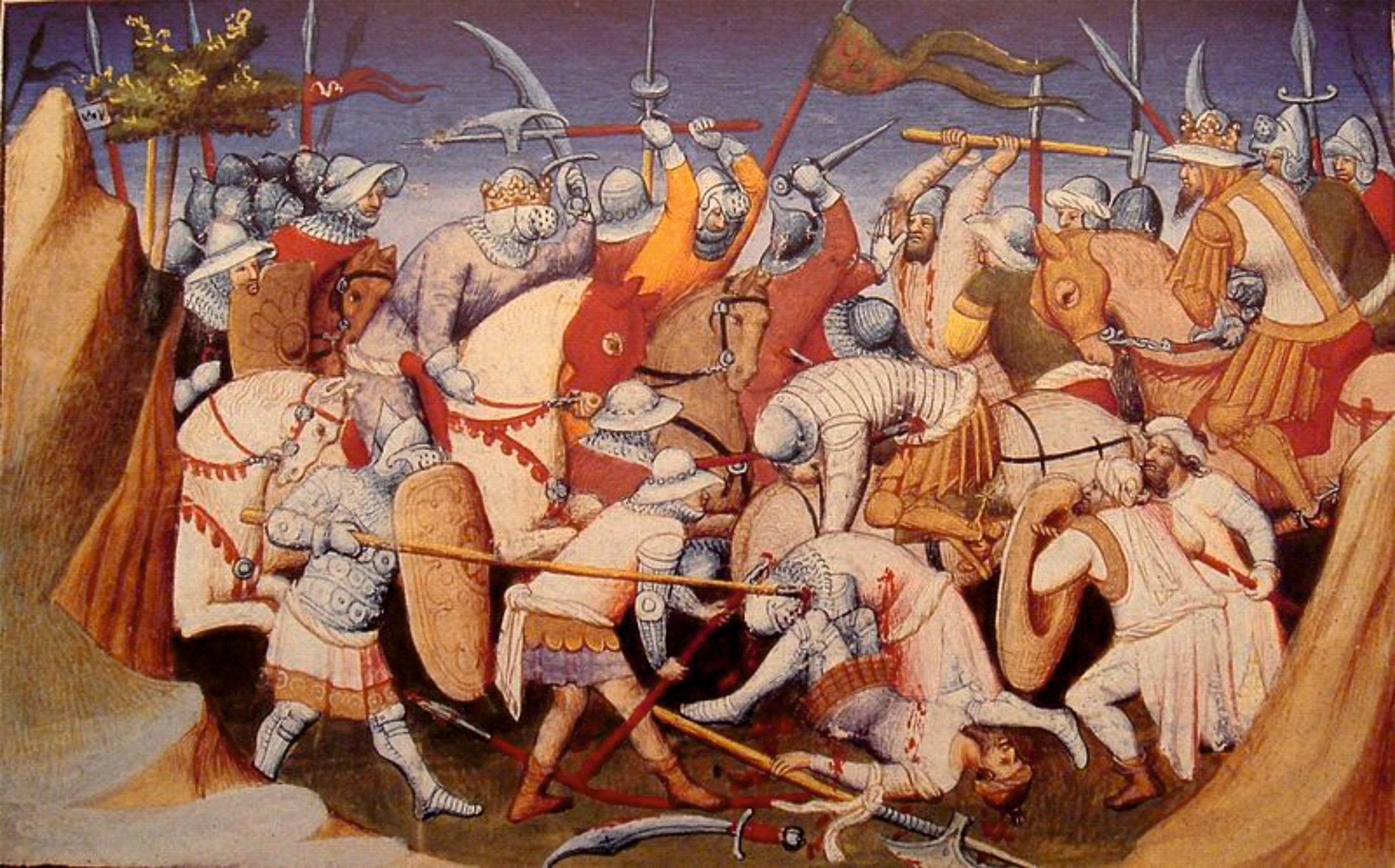 The Decades of Asia of Joao do Barros, one of the most important documents for the history of the Indian Ocean during the 16th century. The manuscripts can be downloaded at https://archive.org


As happens today, the medieval texts express the world views, agencies and personalities of their authors, influencing which themes and stories were selected to be recorded and which weren’t

These corpora of texts are complemented by a number of minor but yet equally important sources, such as the Chinese documents related to the expeditions undertaken by the Ming dynasty in the 15th century, the Jewish documents kept at the Cairo Geniza, or the epigraphic data provided by Muslim stelae. Altogether, these sources constitute a large mass of data that will have to be carefully analyzed and contrasted in order to determine how useful they can be and in which aspects they can complement the information obtained from other sources. Most of the texts refer to historical events and when describing them they are far from neutral; others are second-hand texts based upon previous works or oral descriptions. As it happens today with historical writing, all are influenced by the world view, intention and personality of the author(s), which determined which specific themes and stories were selected in order to be recorded and which were left aside. Analyzing these sources requires of profound historical and sometimes philological knowledge which is often beyond the reach of the archaeologist. Therefore the StateHorn project has incorporated a specialist in the Medieval and Early Modern History of the Horn of Africa, who will provide historical context for the archaeological research as well as carry out himself ground breaking historical research on the history of the Somaliland region.

A fourth corpus of sources is constituted by the abundant number of texts produced by explorers, military officers, scientists and ethnographers who travelled throughout the Horn of Africa from the mid-19th century to the dawn of the colonial era. Although not contemporary to the events we will be researching, these texts will be profusely used by the StateHorn project. As it happens with the older texts, the quality of information that these texts convey varies significantly from title to title. Thus, some are simple hunting trips of little interest for the research, but many others provide detailed information about trade routes, geography, toponymy and ethnography that can be extremely useful in order to understand the dynamics of the Somali culture, the features and components of which are assumed to not having changed significantly throughout the centuries. Some of these early travellers had also an interest in the archaeology and the past of the Somali people. Thus, the references provided by Richard Burton (1821-1890) or the excavations carried out by Georges Revoil (1852-1894) constitute the foundation of the archaeology of Somaliland. In addition to these texts, the maps that the British government produced in the 1930s include a large amount of information about site names, places, and routes that can be potentially used to study that period when the medieval states no longer controlled the territory of the Horn but the nomads were still active there. 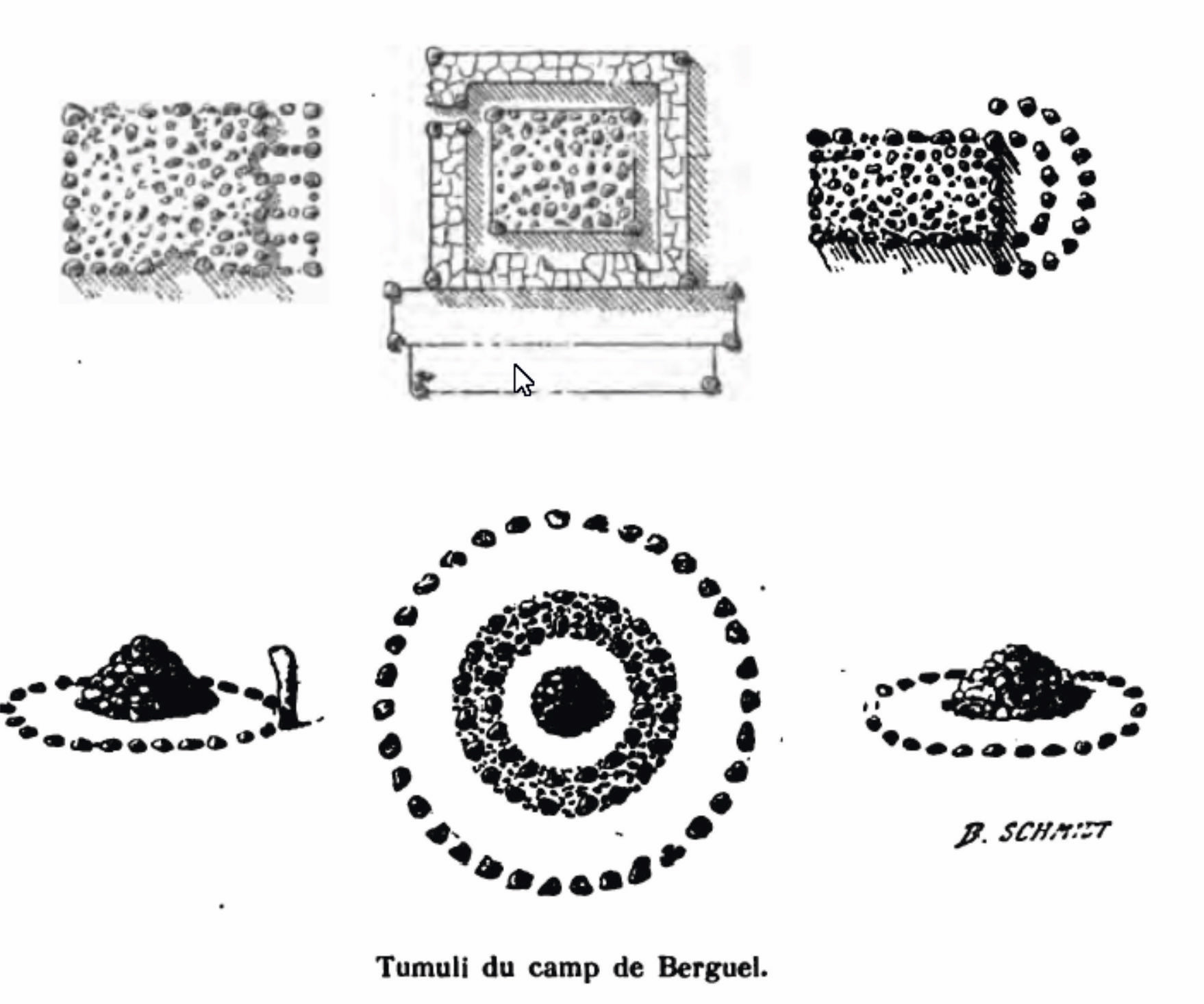 
The large corpora of texts that describe or refer to the period and the region studied by StateHorn represent a chance and, at the same time, a challenge. They provide unique insights into the history, the society and the identity of the medieval peoples, communities and polities that occupied and inhabited the Horn of Africa but, at the same time, they need to be carefully read and studied if we want to retrieve from them an information that shall be able to support the archaeological work. The StateHorn project will strive to use the historical data not just as a fixed setting for the archaeological research but, in combination with archaeological data, to offer the richest perspectives upon the Muslim Horn of Africa during mediaeval times.

Map of the British Somaliland (1926). http://www.bl.uk/onlinegallery/onlineex/maps/africa/largeimage136520.html.